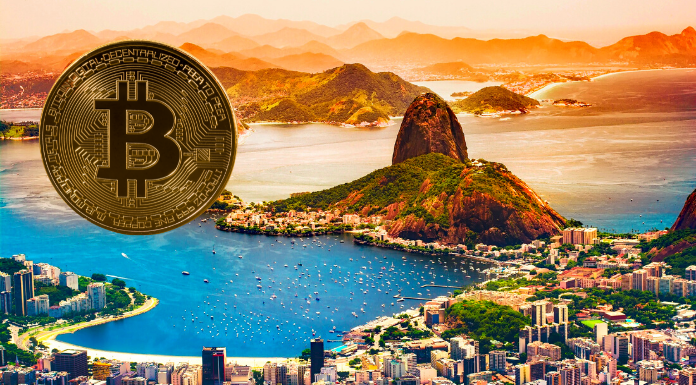 Brazilian City Rio de Janeiro plans to allocate one percent of its treasury reserves in crypto. Also, if you pay your property taxes in Bitcoin, you could get a discount.

The mayor of Brazil’s major city Rio de Janeiro, Eduardo Paes, announced that he intends to invest one percent of the city’s treasury reserves in crypto. The announcement was made at the Rio Innovation Week, and Brazil’s top newspaper O Globo reported the news yesterday.

At the event, Paes was speaking on a panel alongside Miami Mayor and Bitcoin enthusiast Francis Suarez and said:

“We are going to launch Crypto Rio and invest 1% of the treasury in cryptocurrency.”

Furthermore, Paes was also reported to be establishing a working group to start the process for the treasury.

Additionally, the mayor of Rio de Janeiro plans to offer a discount to residents that pay their property taxes with Bitcoin.

Rio de Janeiro’s secretary of finance and planning of the city, Pedro Paulo, spoke at the event and gave more details on how using Bitcoin can give residents a discount on their property taxes:

“We are studying the possibility of paying taxes with an additional discount if you pay with bitcoins. You take the discount of the single quota of 7% (of the IPTU) , it becomes 10% if you pay in bitcoin,”

He continued with, “Let’s study the legal framework to do this”. The IPTU is Brazil’s native property tax that is charged by a local municipality and paid for every year by the owner of a house, building, or land plot. If Paes follows through and succeeds with his plan, Rio de Janeiro will become the first Brazilian city to hold crypto on its balance sheet.

The adoption continues. Although Paes did not specify that the city would be purchasing Bitcoin, it’s safe to assume that a large amount of their crypto portfolio would be BTC. Last year, the Miami mayor announced that he is making it a “major priority” for the city to invest part of their funds in Bitcoin. El Salvador made Bitcoin legal tender in 2021, and just a few days ago, Argentina adopted the Bitcoin lightning network.

Chainlink Is Soaring Finally, Up 40 Percent In A Week