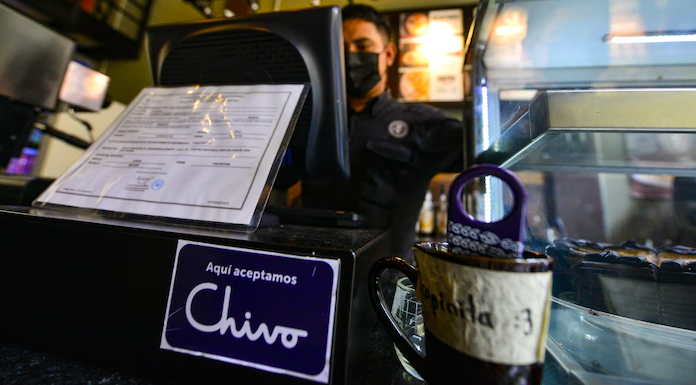 Did You Know El-Salvador’s Chivo App Runs On Algorand?

Algorand has made Latin America a core region of interest for unleashing blockchain and tokenization. Silvio Micali, the world-renowned Computer Scientist and MIT professor who heads up Algorand, has recently been on a world tour of sorts, meeting with the President of Uruguay and Mayor of Buenos Aires, Argentina, all in the span of a couple of days.

Honored to meet with the President of Uruguay, @LuisLacallePou! It's amazing to see so much excitement in LatAm regarding adoption of advanced blockchain technology. https://t.co/ninoaQuPdZ

Micali embarked on his visit in order to discuss “the possibilities of applying Algorand’s blockchain technology in different government functionalities.” This would not be the first time Silvio has gone south of the border to strike a deal. We reported in September that El-Salvador selected Algorand to develop the government’s blockchain infrastructure. But I think many people have missed something, and it is worth shedding some light on.

Little do people know that when El-Salvadorians buy a cup of coffee with Bitcoin via the Chivo app, that is being done via Algorand payment rails. There are different parties involved, but Algorand underpins the app. “Athena Bitcoin will provide some front-end services and Chivo’s ATM-related operations, while Algorand will act as the official blockchain provider.”

Recommended: What Is Algorand

I think there is a lot of “hush-hush” about this. As an analogy, Algorand basically operates for the Chivo app like HTML does for web pages. It is absolutely true to say that El-Salvador is running more-so on Algorand rather than Bitcoin, in terms of using the blockchain to transact. As you may have guessed, Bitcoin is too slow and expensive at the base layer to ever be used for such a massive undertaking like Chivo.

Trending
Starbucks Plans on Getting into Web3: Which Chain Will They Use?

If you didn’t know, the Chivo app, launched in September, is the official app/wallet used by El-Salvadorians to transact Bitcoin. Again, several entities play a role in the Chivo app, and various announcements from multiple parties involved have made it challenging to piece together for the average person just scrolling through twitter for their crypto news.

In fact, there really was not much reporting on just “who” is behind the app. Only one story details and breaks down the parties involved — an article from The Block behind a paywall. However, it is very easy to find the information, and even Forbes went into some detail about it in an article about Algorand.

To touch on some of the players: There is BitGo, which provides security technology for the wallet. There is Bitso, which is the “core service provider”, according to Reuters. Then we have Silvergate Bank, which works with Bitso “on transactions that involve US dollars.’ Where Algorand comes in is through Koibanx.

Koibanx, a financial infrastructure company leveraging Algorand was the entity (along with Algorand) that made an agreement with El-Salvador which “involve the company building blockchain infrastructure on top of the Algorand blockchain.” They helped and are helping build the Chivo app.

RECOMMENDED: THREE TOP PROJECTS ON ALGORAND YOU HAVE TO CHECK OUT

However, for one reason or another, what was buried is this: “Algorand helped enable the creation of Chivo, the Central American nation’s bitcoin wallet, by serving as the official blockchain provider.”

I think one could imagine why this was underreported. Why? Well, because the official blockchain provider of the Bitcoin wallet is not Bitcoin.

When local El-Salvadorian newspaper El Mundo reported on the growth of Chivo on November 24th, highlighting the fact that Chivo registers 6,000-15,000 transactions per day and has reached more than 4 million users, they spoke with the CEO of Koibanx, (again which runs on Algorand and partnered with El-Salvador officially) about the development of the app.

“Leo Elduayen, co-founder and CEO of Koibanx, explained on Monday at the National Meeting of Private Companies that the company he leads has actively participated in the development of the platform and provided details of its use since its launch.” The app has already generated more than $32.3 million in remittances, and those numbers are from October.

However, the least reported aspect was the involvement of Lemon, a LatAm fintech firm that runs on Alogrand, too. Coinbase ventures and Tim Draper participated in their Series A funding round, along with Borderless Capital, as seen below.

We welcome Lemon Cash to the Borderless Capital portfolio and Algorand ecosystem, enabling payments in #LATAM via #Algorand assets https://t.co/9mpnumZCiZ

A South American newspaper called Clarin published an interview with the CEO of Lemon in which Lemon stated they are “providing a tool to one of the financial institutions of El Salvador to be able to accept payments in BTC and that simultaneously they do not run a risk due to the volatility of the digital asset giving them the possibility that the assets can be converted into dollars in real time.”

In fact the title of the article is “Lemon Cash, the Argentine company behind the implementation of bitcoin in El Salvador.” So, Algorand is not just behind the wallet, but behind the acceptance of BTC with the banks and financial entities in El-Salvador via Lemon. “We [Lemon] consolidate the BTC they receive in real-time so that the financial institution can continue with its daily operations.”

Ok, well that’s a lot to take in. I think it may make some Bitcoiners sheepish knowing that Algorand arguably has as much or more to do with the transacting of Bitcoin than Bitcoin does. I think this tweet from Documenting Bitcoin sums it up, the operative word being *indirectly*. Either way, it’s good for Bitcoin, Algorand, and El-Salvador. It’s just something you won’t hear or see often on crypto twitter.

Over 500,000 people have signed up for El Salvador's #Bitcoin Chivo account, says @nayibbukele.

Half a million people are now *indirectly* connected to the most inclusive and secure monetary network in human existance, #Bitcoinhttps://t.co/EPUEMTU1Lr

(As a note, Algorand had nothing to do with the initial issues with the wallet rollout, as those were technical, front-end issues. Also, this article DOES NOT claim transactions are settled on Algorand, nor uses wrapped bitcoin.)

AMC Officially Apes Into Bitcoin; Is DOGE And SHIB Next?