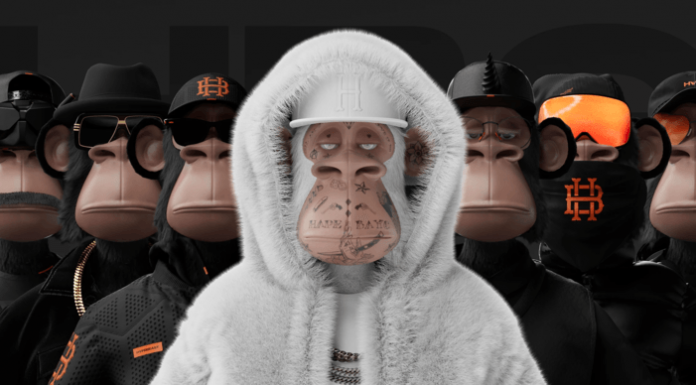 Here’s The Latest On The Upcoming HAPE Beast NFT Drop

One of the most anticipated NFTs in the last few months, HAPE Beast, will finally drop on January 19th. Today we dive into the hype of HAPE Beast.

What is HAPE Beast NFT?

For nearly three months now, the hype surrounding HAPE Beast NFT has reached a fever pitch and it’s almost time to mint the popular 3D Apes. As mentioned in previous NFT articles, 3D meta-ready NFTs are the craze in early 2022. You could argue that HAPE was one of the first back in October, they’ve pushed their release to this month in Q1 2022.

London-based studio Digimental are the creators behind these Beasts. They have designed and styled the collection to be locked and loaded with new art and a fashion playground within their Multiverse.

Built on the Ethereum blockchain, the initial mint will consist of 8,192 unique HAPE Beasts. The project aims to unite style and community, to set up their HAPES as next-gen fashion leaders within the Metaverse space.

Recommended: What is Phanta Bear NFT?

Digimental is the team behind these sharp-looking, aesthetically pleasing images. It certainly doesn’t hurt that the team is also Bored Ape Yacht Club members.

My profile picture is my business card. Gearing up for the reveal. 🦍🤍🍌 pic.twitter.com/w53QnvGQFO

Creative Director, Trou will lead the charge for HAPE utility. With over twenty years of experience with game design, Trou plans to navigate the future of HAPE while scripting the present narrative to attract a growing, robust community.

Justcarl is their strategy lead and with a vision for the potential of HAPE. He’s directing the noise and positioning the project to create a broader presence for HAPE Beast.

Everything in the Ape Multiverse moves to the sound of music (literally) and Mr. Krime will be the HAPE behind these beats within the multiverse.

Unlike most NFTs we’ve discussed in the past on NFT Corner, HAPE Beast has NOT minted yet.

You’ll be able to enter the “gas wars” on January 19th and try to mint your Beast for .2 ETH.

Gas wars is the term used when ETH gas prices are spiked due to heavy traffic on the blockchain. For a popular mint like this one, you can certainly expect that to be the case.

Overall, HAPE Beast Discord has an impressive 332K members pre-mint. What may be even more impressive is that they have blocked over half a million spam accounts! There’s no official mint page as of yet, however, we can speculate that it will potentially take place on their official web page. The official HAPE Beast site can be found here.

With any NFT mint, and especially a popular mint like this one, stay vigilant to hackers, corrupt links, and impersonators. A best practice for any Discord channel is to turn off all DMs, to avoid hack attempts.

For more articles like this and and to keep up with other NFT news and notes check out the NFT Corner daily on CryptosRus.com.

Recommended: What is My Pet Hooligan?

Solana Announces What Was Really Behind Last Week’s “Frustrating” Outage

Saudi Aramco To Mine Bitcoin? A Rumour That Spread Like Wildfire