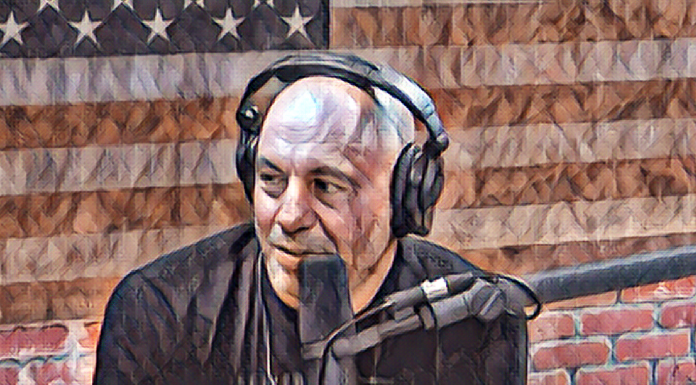 Joe Rogan: “I Have A Lot Of Hope For Cryptocurrencies.”

It’s a slow news day at CRU Newsdesk, so we are covering Joe Rogan’s thoughts on crypto. That’s where we are at in this cycle.

The other day while interviewing Adam Curry, podcaster/comedian/UFC announcer/Fear Factor host/Newsradio star Joe Rogan told his guest that he has, “a lot of hope for cryptocurrencies.”

The reveal came during a larger conversation about Bitcoin and its role in breaking up the “bank’s role” in indentured servitude. “It’s this banking system, if we continue to be in that, we’re just f**cked,” his guest said. Rogan responded, “I have a lot of hope for cryptocurrencies.”

Rogan added, “What we are seeing right now, it’s either gonna go one way or the other. It’s either gonna fall apart completely, or we are gonna use this as an opportunity to right the ship…”

Rogan’s views on crypto vacillate. No doubt due to the fact that he does upwards of 5 3 hour episodes of his podcast a week. That’s a lot of conversations with different people with different interests.

Rogan has admitted to owning a little bit of crypto, and has received payments in Bitcoin of up $100,000. He also said about cryptocurrencies, “I love it. I wish it was the way we exchanged currency and maybe it will be in the future. Get on board.”

However, he has referred to crypto as a “pyramid scheme” in the past. And on NFTs, Rogan has said, “NFTs are weird hustle, I think it’s like a cryptocurrency hustle. It doesn’t make any sense to me.”

Recommended: Did You Know You Can Mine Crypto With A Tesla?

Tim Dillon, Joe Rogan, And The Future Of Crowdfunding

Recently during a convo with fellow comedian Tim Dillon, Rogan didn’t sound so hopeful. “We need you to back a coin,” Dillon said. After several more attempts by Dillon to convince Joe Rogan, to among other things, invest in a JREverse, Rogan just couldn’t get behind any of it because the “shadiest” people he knows keep trying to talk him into cryptocurrency-related gambits.

He added, “When I talk to people to people who want to talk to me about crypto it’s exhausting. I feel like they are stealing my air… and I just want to get away from very quickly.”

Dillon did note that he is funding a movie using NFTs. However, he didn’t give any details on his plan yet. Though the comedian is very bullish on crypto’s potential:

“We can joke around about it, make fun of it. Because a lot of it is crazy… that being said, blockchain technology is not going away. And I think it will eventually revolutionize how people can make things… all the changes that allow people to crowdsource, or crowdfund, their own projects, I think with crypto it becomes even more powerful and transformative.”

Recommended: Comedian Norm Macdonald Might Have Been A Crypto Bull

Is Tesla About To Resume Bitcoin Payments?

Puma Is Looking To Jump Into The Metaverse, Web3, and NFTS