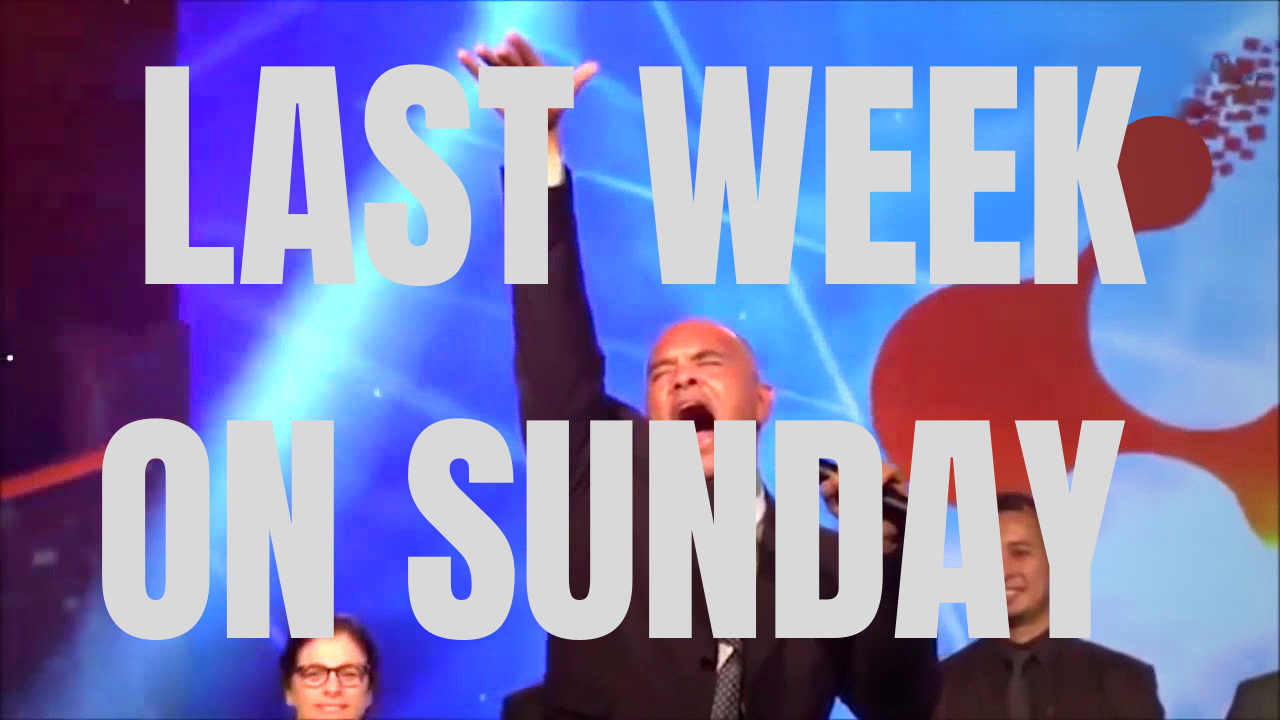 The Sandbox and Decentraland are doing whole a lot better than the rest of the market.

An 8% #BTC drawdown is considered a normal market move in the crypto markets. The overall bullish market structure remains intact. A sudden price drop results in a leverage shakeout & contributes to a healthier market better set up for uptrend continuation in the medium term!

The market continued to dump this week. But, it was more than likely a leverage shakeout. Especially considering how the shakeout started happening on the 15th, a.k.a. that time in the month when options expirations start to move the market.

The charts still look good. And, still so damn similar to 2017. Almost makes you think the whole thing is on rails…

Not a great week for Bitcoin and Ethereum, but metaverse games don’t care much for their elders. In particular, The Sandbox and Decentraland are crushing it.

Recommended: What Is Decentraland?

The Sandbox didn’t get quite the bump post-Zuckerverse announcement that Decentraland got, but it sure is making up for lost time.

The metaverse game is trading in the $3.95 USD range. Overall, it’s up over 40% in the last seven days. Earlier this week, Sandbox announced its long-awaited metaverse Alpha release, which is launching on November 29th. The release will bring pay-to-earn options to the game.

Meanwhile, Decentraland is up another 18% on the week, and 400% for the month. The DAO-controlled game is trading in the $3.75 USD range. It’s unclear how much effect the “Barbados foreign ambassador” news has had on the price.

As for non-metaverse good news, Crypto.com bought the naming rights away from a corporation that sells staples. Some people were very sad about this fact (Lakers fans, Sam Bankman-Fried) For the cryptosphere, though, it was pretty great news. The home of the Lakers has a cultural cache that few sports stadiums do.

And in, “This just in news,” Nayib Bukele is at it again. He’s just announced his Bitcoin City, where the grass is orange, and

Recommended: CHECK OUT our Guide To CRYPTO.COM and their Exchange Token CRO

And in, “This just in” news, Nayib Bukele is at it again. He’s just announced his Bitcoin City, where the grass is orange, and the grid’s powered by a volcano.

This is more tangentially related to crypto. Robinhood and Citadel won their meme stock case, because they are very powerful and the people suing them are not. “The request from a market maker to limit order flow sent to it is not equivalent to a demand to restrict trading,” said U.S. District Judge Cecilia Altonaga in her decision.

I mean, she’s right. Halting and limiting order flow are inarguably different things. But, it’s also inarguable that limiting order flow is what rendered Robinhood unable to serve their customers who bought GameStop. What they did was just halting by another name. This case really speaks to just how “out to lunch” the entire legal system is.

Recommended: No, Discord Isn&#8217;t Giving Up On Integrating Crypto Wallets

Funny thing is, the GameStop fiasco led to many to turn to crypto in hopes of a fairer market. Of course, that only lasted until May 19th.  Either way, it appears the fiasco helped spawn a whole generation of crypto enthusiasts.

It should have come as no surprise then when the mysterious art collected was revealed to be none other than Ken Griffin, the American hero/CEO of behemoth hedge fund Citadel.

Imagine paying $100,000+ for your education and what you get is me and Ledger interviewing Avi on YouTube and you sit there watching me continually pause to avoid throwing up during my brutal hangover, gg pic.twitter.com/ka11rlqYju

Did you know: Crypto Cobain clips are a part of a college curriculum now? Apparently, the prestigious University of Chicago employs a teacher who apparently is a fan of the Twitter troll. It’s nice to know that even if you are revealed as the female source who leaked Amazon’s plans to integrate crypto payments, you can still find respect in the academic world.

I don’t know if you saw this, but Elon Musk said Bitcoin cures cancer.

Regardless of your feelings on Alon, that was a pretty funny rejoinder to an overused tweet from some of the most self-serious people on the internet.

Bitconnect was back in the news this week. Nick wrote about it in detail. The scam is a black mark on the crypto industry. And, sure scams are still happening, but not to that scale — Bitconnect was a top 10 crypto by market cap!

And, yes, someone on Twitter is going to say, “What about Cardano?” Very funny, haha. That’s really just intellectually dishonest, and most likely astroturfed trollduggery.

But the constant cries of “Cardano is a scam” kind of point to where crypto is right now. There’s no large-scale Ponzi anymore like Bitconnect anymore. And that’s a good thing.

Though, thankfully, the Bitconnect memes will live forever. I’d be sad to see those go.