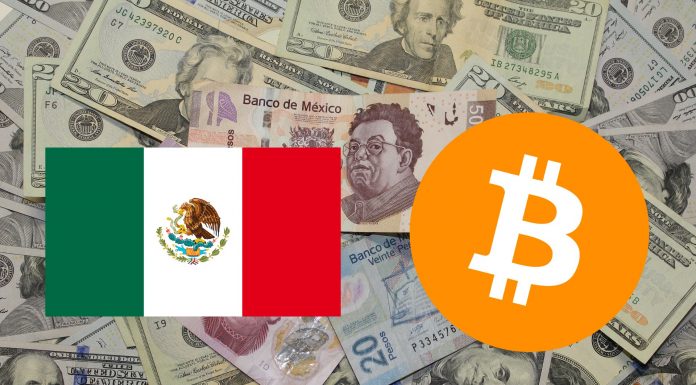 Many countries around the world are not too fond of the rise of cryptocurrency. As individuals are taking their financial lives back into their own hands, some countries are making sure to clamp down on the independence being created and launching their own attempts at a digital form of payment known as central bank digital currencies (CBDC).

Mexico is now one of the first countries, along with South Korea and Ukraine, to aggressively move toward the launch of a CBDC, and other countries, such as South Korea, have also been fervently discussing the idea.

Some argue that there is no need for Bitcoin with a CBDC, such as the US’s very own Federal Reserve Head Jerome Powell; however, others disagree with that thesis.

Let’s take a look at Mexico’s plan to see what a CBDC potentially means for Bitcoin moving forward.

What Is a CBDC?

If you aren’t familiar with central bank digital currencies, they are essentially a virtual form of the countries’ standard fiat currency. While CBDCs are joining crypto in the inevitable demise of physical, paper money, they don’t truly bring anything unique to the table. CBDCs basically function the same way as fiat currency, meaning there is no cap on the amount that the government can print — in fact, CBDCs make money creation even easier than before, as data entry on a computer is relatively less time-consuming and costly than operating a physical money printer.

However, playing devil’s advocate, CBDCs do offer a short list of redeeming qualities. They can potentially allow for the inclusion of millions of unbanked citizens that haven’t had access to the luxury of banking services. Under CBDC implementation, all you would need to access a full range of banking services is a mobile device and an internet connection.

Globally, 31% of the population is currently unbanked, although, for some specific countries, such as Morocco, that number is as high as 71%. However, global smartphone penetration has reached over 78% worldwide as of 2020. Getting digital money in the hands of everyone is much easier than shelling out dollars from a bank around the world.

Governments worldwide will use this angle to usher in CBDCs in the name of financial inclusion. However, we can expect those same governments to leave out some rather crucial details that should make you think twice first.

Mexico is among the list of nations wanting to implement its own central bank digital currency (CBDC). Today, the country confirmed its plans to roll out its own CBDC by 2024.

“The @Banxico reports that by 2024 it will have its own digital currency in circulation, considering these new technologies and the next-generation payment infrastructure are extremely important as options of great value to advance financial inclusion in the country.”

Although several players in the public and private business sectors have called on the implementation of cryptocurrencies in the country rather than Mexico CBDCs, authorities of the Mexican government such as Santiago Nieto, the head of the Mexican finance ministry’s financial intelligence unit (UIF), point to the rise of the cartel and money laundering as a reason to avoid crypto.

Clearly, the UIF seems to have forgotten what kind of money El Chapo ran his drug empire on.

The Blaring Red Flag of CBDCs

Unfortunately, introducing CBDCs does nothing to solve the real problem at hand, and in fact, it introduces a slew of new problems.

RECOMMENDED: THE CASE AGAINST CBDCS

Physical money is very hard to trace as it is extremely easy to make a cash transaction without leaving a digital trail behind. This is what we call the underground economy, and the activities within that economy can range from getting paid $20 to mow your neighbors’ lawn to shipping bags of cash around the world for drugs, as El Chapo did.

With the implementation of CBDCs, however, honest individuals will now be getting punished for the wrongdoings of criminals as governments will now have access to the digital trail left behind by CBDCs, enabling them to take a closer look at each of the transactions you make. To believe that CBDCs will only be used to clamp down on illegal money flow is just naive, put simply. With CBDCs, you can expect to be getting taxed on that lawn you mowed.

As highlighted by Mexico’s third-richest billionaire, Ricardo Salinas Pliego, governments around the world, in reality, have not placed their interests in favor of the people, but rather in the favor of their own bank accounts (who could’ve guessed — humans are selfish??)

He dropped a message on Christmas day as a reminder to invest in Bitcoin as a hedge against central banks’ reckless money printing.

The @therationalroot did a good job with the subtitles! I also had two other pieces of advice :1 stay away from envy and envious people, nothing good comes from them.2 liberty, innovation and competition will get us to prosperity. https://t.co/I4NyCODKsk

Words may not be enough to convince people of their home nation’s irresponsibility, however, so Pliego had to bring out the factual data showing the exponential rise of wealth accruing on the central banks’ balance sheet.

“As I told you in my Christmas message … stay away from the FIAT. It is a FRAUD!”

As we can see, since the onset of the pandemic in 2020, central bank balance sheets quite literally took a 90-degree uptick in expansion as financial authorities flooded the monetary system with more cash to offset the economic strain brought on by the pandemic.

The Federal Reserve Chairman, "We print money digitally. As a central bank, we have the ability to create money." pic.twitter.com/9ArqYa2RDN

As we have come to learn in crypto, however, more tokens introduced to the supply dilutes the value of the tokens themselves — and I’d even go as far as to say that a hard supply cap of 1 quadrillion Shiba Inu (SHIB) tokens is still better than an infinite supply of US dollars. The same inflationary principles of cryptocurrency apply to our national currencies, as well as the CBDCs that countries like Mexico are wanting to usher in.

In September, Myanmar’s currency collapsed 60% in less than a month, as reported by Reuters. This is what happens when monetary debasement just goes too far.

“Central banks and governments use INFLATION to steal your purchasing power and keep you where they want to have you … scared, controlled, quiet and without freedom, they set your schedules, they put regulations on you, and they keep your money through “taxes.”

Why This Is Bullish For Bitcoin

Luckily, Satoshi Nakamoto foresaw this phenomenon and created Bitcoin (BTC) to counteract the endless debasement of fiat currency. Contrary to an infinite supply of fiat money, Nakamoto designed a currency outside of government jurisdiction to have a hard supply cap of just 21 million.

The implications of a limited money supply that falls outside of government control are infinitely vast. As supply never changes, the entire 7.8 billion world population now has to earn their fair share of the 21 million BTC in supply. Bitcoin introduces the idea that money cannot be produced by the decision of a few without the consideration of many. This is a technological advancement that has never been achievable before in the history of humanity. Even gold, the “hardest” form of money we’ve had for thousands of years, is plagued by an inflation rate — by the time we run out of gold to mine on Earth, we’ll probably already be extracting it from asteroids floating around our solar system.

If the market decides that perfectly scarce, immutable money is something valuable (which I think is fair to say there is some momentum behind that claim as Bitcoin sits on an over 400,000,000% gain since inception), then the value of Bitcoin is forced to rise right alongside the demand for it.

Bitcoin is all about shifting incentive structures. Yes, criminals can still use Bitcoin, rich people can still hoard it if they want to, and governments can still take advantage of the open, transparent nature of the Bitcoin blockchain to trace transactions.

The key difference, however, is that governments and rich people can no longer manipulate the money supply for their own spending agenda at the expense of the less fortunate just trying to live paycheck to paycheck. And now we, the people, can trace those transactions too. Under a Bitcoin standard, the people now have a greater say in what can be done with that money, as we can trace exactly where that money is being allocated. It creates an entirely new, honest environment for the world to operate within.

The government implemented a check-and-balance system within its jurisdiction to hold each branch of the government accountable. However, until Bitcoin came around, the people never had an equivalent check-and-balance system on their national government itself. Bitcoin is here to change that all around, and unless we want to keep going down the same inflationary spiral that can be preserved by CBDCs, we can opt out and subscribe to a different set of monetary rules. Anyone who wants to avoid this technological breakthrough should first reference North Korea and its lack of internet to see what happens when you restrict people’s access to technological advancement.

Bitcoin ATM’s: Coming To A City Near You

How To Buy Crypto On Gate.io