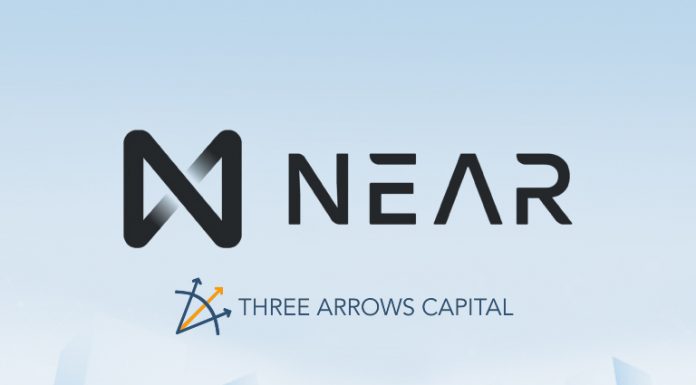 Near Protocol has been getting a lot of love from investors over the last week.

Near Protocol (NEAR) is a layer-1 (L1) blockchain platform that’s been front-running the competition throughout the past month. The latest news coming from the smart contract platform proves that retail isn’t the only investor segment getting excited for what’s coming in the NEAR future.

RECOMMENDED: WHY IS NEAR PROTOCOL UP 70% OVER THE LAST WEEK?

Today, the Near Foundation raised $150 million from multiple crypto investment firms, led by none other than Three Arrow Capital’s Zhu Su.

Pumped to lead this growth round for $NEAR @NEARProtocol

Gonna be a big year for crypto adoption and massively scalable DeFi https://t.co/zLUmev8fta

Dragonfly General Partner Ashwin Ramachandran says that “Near has done a great job from a technology standpoint, and we want to help them achieve a level of developer, user, ecosystem adoption which reflects their current level of technology innovation.”

Clearly, the big fish in the pond are seeing a lot of potential in NEAR and are putting their money where their mouth is to help fuel the realization of that potential.

RECOMMENDED: NEAR, ATOM, AND LINK SHOWING STRENGTH WHILE BITCOIN SWEEPS THE LOWS

Looking at the charts, NEAR has been sidestepping the most recent market correction ever since the beginning of December, when NEAR bottomed out around $7.20 before going on to appreciate over 160% to its current all-time high price of $19.20.

From the looks of it, NEAR has already begun liftoff for its parabolic ascent. After breaking through resistance around $12.88, NEAR came back down multiple times to retest that same line as support. Now, it appears that NEAR got a strong bid off the most recent correction that has sent the asset soaring another 43% higher.

The relative strength index (RSI), which measures an asset’s overbought and oversold conditions, is rising higher. However, it still has a ways to climb before reaching previous overbought levels that marked local tops for the asset.

While I don’t think the NEAR train has entirely left, the window of opportunity to catch the next dip is shrinking fast. I’d be cautious on an entry right now as NEAR sits at all-time highs. However, a pullback to the most recent trading range between $13-$16 could present one more chance to buy up some discounted NEAR.

Assuming the overall crypto markets maintain bullish sentiment, I think NEAR has a lot of momentum behind it to send the asset flying higher into price discovery in Q1 2022.

Saudi Aramco To Mine Bitcoin? A Rumour That Spread Like Wildfire

NFT 101: Answering The Questions You Are Too Afraid To Ask