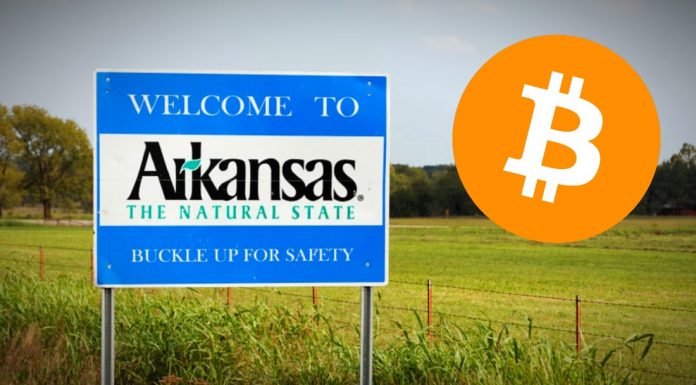 Arkansas’ entrance into the Bitcoin adoption race demonstrates how game theory plays out within nation-states.

There’s an interesting trend that’s quite prominent brewing within the United States right now, that will undoubtedly spread out into every corner of the world. Today, Arkansas announced that it will be enticing remote workers in the US to come live in Arkansas by offering a $10,000 lump sum in Bitcoin, as well as a street or mountain bike as an added cherry on top.

BREAKING💥Arkansas council offering $10,000 in #Bitcoin to tech workers who relocate to the state💥 pic.twitter.com/SOQcCfi7lU

While the state has made no official, government-enforced policies related to Bitcoin, officials in the state clearly see the attractiveness of offering Bitcoin as a way to lure in a new class of tech workers to the state.

President and CEO of the Northwest Arkansas Council says,

“Northwest Arkansas is one of the fastest-growing regions in the country, and we’re now seeing the more explosive growth in our tech sector. This expanded incentive offer—Bitcoin and a bike—not only embraces the growing trend toward the use of cryptocurrency as a payment option by employers but also helps increase our pipeline of talent to benefit tech employers, startups, cities, local businesses, and the region overall.”

The offering is made possible through support from the Walton Family Foundation, which focuses on improving education, protecting rivers and oceans, and investing in Northwest Arkansas.

RECOMMENDED: MAYORS OF AMERICA UNITE TO TAKE SALARY IN BITCOIN

While the news itself isn’t indicative of any major mainstream adoption, I believe the gesture speaks to a much subtler reality playing out beneath the surface. As we’ve seen, Miami Mayor Francisco Suarez has already been hard-pressed the past year trying to convert the Florida city into the “Bitcoin capital of the world.”

He’s taken a definitive stance on the cryptocurrency space, arguing that adopting Bitcoin can bring a lot of good to the city. Interestingly enough, other mayors throughout the country have taken notice of Suarez’s advocacy of Bitcoin, and have taken their own steps to launch crypto initiatives within their cities. Here’s just a few to name:

Not only are US government officials duking it out to see how Bitcoin can bolster their political agendas, but also entire nations are engaged in this same dynamic we’re seeing among US politicians.

There was a recent study from Fidelity that was released last week covering the future trends that the financial giant sees coming in the crypto space. One sentence from the report sticks out to me and shows that it’s not just die-hard Bitcoin maxis calling for a global rush to Bitcoin adoption.

“History has shown capital flows to where it is treated best and embracing innovation leads to more wealth and prosperity. We also think there is very high-stakes game theory at play here, whereby if Bitcoin adoption increases, the countries that secure some Bitcoin today will be better off competitively than their peers. Therefore, even if other countries do not believe in the investment thesis or adoption of Bitcoin, they will be forced to acquire some as a form of insurance. In other words, a small cost can be paid today as a hedge compared to a potentially much larger cost years in the future. We, therefore, wouldn’t be surprised to see other sovereign nation-states acquire Bitcoin in 2022 and perhaps even see a central bank make an acquisition.”

I like this graphic that on-chain analyst Dylan LeClair highlights that basically breaks down game theory for us. Between any two nations, Nations A and B, the two will be forced into a game wherein both parties end up being obligated to follow one outcome. If Nation A were to avoid Bitcoin, then Nation B can use that to their advantage and adopt Bitcoin to make a larger profit than the other. Obviously, Nation A doesn’t want that, so it may then be forced to play along with the Bitcoin game in an effort to keep up.

RECOMMENDED: ANOTHER COUNTRY IS CLOSE TO MAKING BITCOIN LEGAL TENDER

The same is true vice versa, but there is one important point here: playing the game effectively means giving up control on the money. So thanks to Bitcoin, nation-states now have a tough choice to make for themselves; they can either sit on the sidelines and watch every country around them grow their economies with Bitcoin, or they can choose to omit some of their own power to participate in a system that works better for all parties involved.

Can you see where this is all going?

China’s authoritarian crackdown on crypto, including #Bitcoin, is a big opportunity for the U.S. It’s also a reminder of our huge structural advantage over China.

What Are Meta Legends?