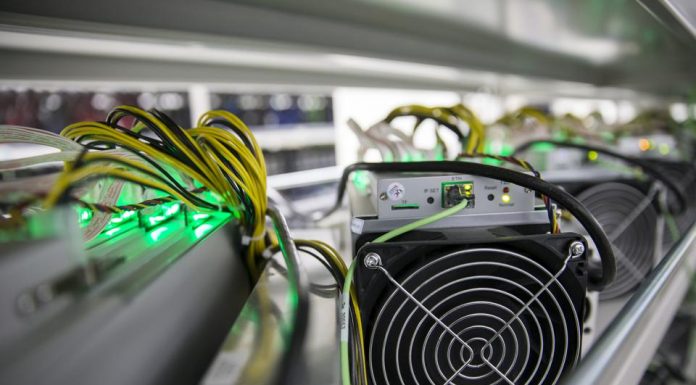 Bitcoin mining (PoW) is brilliantly designed, but not immune from unintended consequences — mainly, from ASIC’s and pooled mining.

To be clear, this article isn’t meant to bandwagon a major Bitcoin dip. Specifically, it is to highlight an issue that manifested itself more in the last 12 months for Bitcoin than any other time. As you may have heard, Kazakhstan’s Bitcoin miners were forced to shutter their operations in the face of widespread political unrest. Internet was cut off, and ultimatums were given.

Many may not realize that Kazakhstan had the second most hashrate on the planet. The small country made up more than 18% of the total hashrate before the unrest. Essentially, the operations there are extremely critical to Bitcoin. In all likelihood, this huge disruption is the reason for the major dip we have seen. A reader may ask, “can’t you just move hashrate elsewhere, like what happened in China this year?”

Well, that is true. However, even though the ability for hashrate to migrate rather quickly is positive, what happened in Kazakhstan displays a fundamental issue with the Bitcoin network. First of all, because of the recent events in Kazakhstan, the hashrate for Bitcoin plummeted nearly 15%. This forces miners to sell their coins. When any unforeseen political turmoil rocks a country and forces Bitcoin offline, this is negative for price.

The truth is, the significance of the miners is not fully understood. More or less, miners are a leveraged bet on Bitcoin. That is to say, when Bitcoin falls the miners fall even harder. They must liquidate their positions to finance operations. It is reasonable to say that Nakamoto Consensus (Proof-of-Work) is contingent on the price of the asset continually appreciating. Clearly, that has been the case with Bitcoin.

Miners are selling right now, the data shows it. Cryptoquant data shows that miner outflow is up over 30% in the last 24 hours at press time. Under shaky conditions, this can cause a vicious cycle, and leads to the main argument against ASIC (application-specific integrated circuit) mining. ASIC’s are integrated circuit chips designed for a specific purpose. In essence, ASIC mining incentivizes giant server farms to gobble up the BTC hash rate.

Tragedy of the Commons

Bitcoin was meant to be mined on a CPU, meaning it would be equitable for any common man to mine. Now, as you may realize, Bitcoin mining is an exclusively industrial process; huge conglomerates battle for hash rate to mine the next block. This is because the more hash rate that comes on the network, the harder it is to solve the block. Meaning, more money = more resources = more power in the Bitcoin network.

It presents a very contradictory scenario: hash rate going up (harder to mine) means Bitcoin is worth more but the result of that is mining becomes more and more of a centralized corporate endeavor. This is a function of ASIC’s. This scenario couldn’t exist with CPU or GPU mining.

Bitcoin is actually highly centralized, with supermajority controlled by handful of big mining (aka hashing) companies.

It is a tragedy of the commons. Which is an economics problem that posits a scenario where “every individual has an incentive to consume a resource, but at the expense of every other individual.” That is ASIC mining. Everyone has an incentive to consume hash rate, but at the expense of themselves. That is because every mined block requires more and more capital to mine the next block. Soon enough, you’re priced out (this is only true if the network allows ASIC mining).

So what does this have to do with Kazakhstan? Well, when the hashrate and mining power is processed by giant server farms, it makes it very easy for any government to target and harass. If everyone mined from a GPU or CPU, that type of distribution makes targeting mining extremely hard. It is quite clear that these mining conglomerates are sitting ducks, and when a government decides to put the kibosh on them, it’s easy to see the heat map.

So when one singular event happens in a country with a lot of hashrate, it can cause devastation to the network in the short term. That is because only a handful of entities are mining the blocks. Ask yourself: who can muster up the hundreds of millions of dollars to create only the mere chance to win a Bitcoin block? Very few.

It was never designed to be this way. Satoshi said himself in the white paper, “one CPU, one vote.” He didn’t say “one server farm worth $1 billion, one vote.” Pooled mining has made it much worse. The advent of pooled mining even shocked the early Bitcoiners. Moving hashrate to more favorable conditions is good, but it leads to a scenario where miners only go where they are accepted, and if that’s one place, that means centralization.

In that way, Bitcoin becomes the Central Bank ran by Fidelity, rather than a worldwide distributed network. ASIC’s make centralization not only more possible, but inevitable. Remember, Fidelity just bought up a major stake of Marathon Digital, one of the largest miners. Keep in mind only Fidelity could make that happen. Fidelity are both powerful in Fiat and Bitcoin, and that is the problem.

The mining companies and mega-pools have become “too big to fail” — and this means by nature they are “too big to trust”.