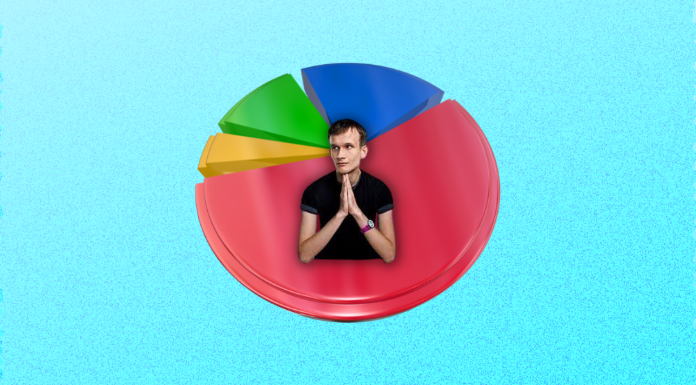 Things have been slow lately, so Vitalik decided to make things more interesting for Twitter and the blogosphere alike. It’s greatly appreciated, V.

Poll for Ethereum community. You wake up in 2035, and 80% of all transactions + savings in the world are in one currency that is not ETH. Which would you prefer it to be?

Yesterday, Ethereum co-founder Vitalik Buterin posted a Twitter poll for the “Ethereum community.” “You wake up in 2035, and 80% of all transactions + savings in the world are in one currency that is not ETH. Which would you prefer it to be?” And, obviously, things got wild.

Based on the results, it appears the Ethereum community isn’t the one voting, like Vitalik intended. ADA (Cardano’s native token) got off to an early lead. After the poll was up for around 4 hours, ADA was ahead off BTC by almost 12%.

Cardano’s success in the poll might have something to do with Charles Hoskinson, CEO of Cardano, and fellow co-founder of Ethereum.

One has to wonder if Hoskinson appreciated the shoutout from Ethereum, considering his use of “V.” I imagine it’s been years since the two have been on a first letter basis.

However, the BTC online community decided that they couldn’t face such an indignity as losing to Cardano — even though they share UTXO. As of press time, ADA is only ahead by one percent. The Hoskinson-led project currently has 40.7% share of the votes, while BTC holds 39.8%.

Vitalik’s poll closes at 4pm EST. With only hours to go, Hoskinson is still rallying the troops.

Let's win this one https://t.co/3WlsKhwOFX

Ultimately, it doesn’t matter who wins because the only clear cut loser here is boredom.

It’s a stunning result that is sending shockwaves throughout the ETH community.

It is a poll for ETH community, why are you interested in skewing the result?

SOL and ADA aren't even attempting to be money. USD is also designed to inflate away. BTC does not have a guaranteed security budget. No good choices here, alas. I'd love to see a sustainable crypto-native stablecoin that's adjusted for real-world inflation – that'd be my choice.

Obviously, the Doge community had to get involved. Especially since they are feeling themselves now that you can buy Tesla merch with Doge.

l reached out to Charles Hoskinson for a comment on his victory, but I have yet to hear back from him as of press time.

Charles – Thoughts on your hard-fought victory?

Top Five Most Hated-On Cryptos Of 2021