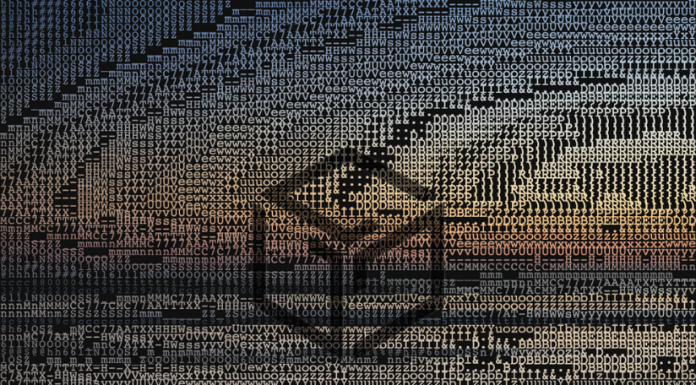 If you’re not familiar with Gala Games, this is your chance to learn all about this exciting metaverse gaming project. Check out our guide, “What Is Gala?”

Gala Games is a blockchain gaming platform created with the goal of constructing a thriving ecosystem of blockchain-based games. The games that Gala Games prioritize are based upon quality rather than going for MVP (Minimum Viable Product) type games which are generally there in Play-to-Earn (P2E) category. The platform also offers NFTs (Non-Fungible Tokens) to be utilized for in-game items. In these games, the user can also buy and sell credits and attain real-world financial benefits by utilizing in-game NFTs.

Gala Games recently inked a partnership with C2 Ventures and announced the launch of a $100 million fund in blockchain gaming. C2 Ventures is a crypto investment fund that was formed by Ciara Sun (the former head of blockchain investments at Huobi Global). The joint fund will invest in decentralized gaming projects (the ones built with blockchain technology).

The parent company of Gala Games is the popular game development company Zynga. Eric Schiermeyer is the CEO of Gala Network and is also one of the co-founders of Zynga. Zynga is well-known for producing many popular games, the most famous of which is FarmVille.

The platform was launched in 2020 and was developed by a team of 60 experts. As of the time of writing, it has more than 1.3 million active users globally. The first game released by Gala is a farming simulation game called Town Star. Schiermeyer intended the games to be built based on merit. He said, “We want to be the first with a real mass-market game that is a game first and blockchain a distant second.” Schiermeyer, along with his team that includes leading game developer Michael McCarthy, has experience creating successful creation games like FarmVille. They are now planning the same level of success with Town Star. Currently, the team is working on a new fantasy game called Mirandus. The company’s main aim is to show the competence of blockchain technology with regards to hosting games successfully.

Gala Games is a platform the builds blockchain-powered games. These games are unique in the sense that they provide the users with legitimate ownership and purchase of their in-game items and NFTs. The platform was originally conceived on the Ethereum network. Still, recently it has shifted to the Binance Smart Chain (BSC) by using the p.Network Bridge DApp and allowing the GALA token to be used as a BEP-20 asset. This change allows the platform to overcome the deficiencies of the Ethereum network and offers the players a reduced transaction fee when they spend their GALA tokens as in-game currency.

The platform uses a combination of 3 consensus algorithms. These include Proof of Stake (PoS), Proof of Work (PoW), and Proof of Storage. Proof of Work is employed in the working of the Founder Nodes. These are actually tier 1 NFT-based nodes that are actually the earliest supporters of the platform. They are rewarded with NFTs and GALA tokens that are allocated for their nodes. Proof of Stake is employed for ‘Chargeable’ nodes. These are specialized nodes that are made for certain games and employ the use of an intelligent contract ‘rental’ structure. Finally, the Proof of Storage algorithm allows the platform to be fully hosted within the node ecosystem. This eliminates the need for external centralized hosting, offering a truly decentralized experience.

This Platform also authorizes the game developers to design games that allow players to own their in-game items and exchange items between different games. It allows secure trading in the marketplace enabling users to improve their gaming experience and performance by buying useful upgrades and items. In these games, the players can also find a fully-fledged NFT store that supports all in-game assets owned by the player. For example, the game Town Star allows its players to perform life-like activities like harvesting crops, building houses and cities.

Generally, the in-game items are divided into six categories. These are

The players can also run Gala nodes, thereby contributing to the Gala Game Ecosystem. To run a node requires the player to buy a license and then operate the node software from their home computer. The license costs $13,000 in Eth or GALA. It will also let the players earn rewards in the form of GALA tokens. Overall the Gala Game Network depends on the nodes owned by the community because that helps to power the platform. It also allows the players to sell their items in exchange for real-world cash, thus potentially becoming a source of earning for the players.

Currently, a total of 5 different games are being worked upon by Gala Network. These include;

The number of nodes participating in this process is capped at 50,000. Compared to other P2E games, which have a limited number of players, Gala Games has over 1.3 million active users.

Recommended: Three Blockchain Games You Are Not Too Late On

WHAT IS GALA TOKEN?

GALA is the native token of the platform. It is an ERC-20 and BEP-20 token that is used within the Gala Games platform to purchase in-game products. The main purpose of GALA is to create an easy and secure mode of payment between players. These tokens are generated as a reward for playing the wide range of games available. They can also be generated by running nodes on the Gala Network.

Although the platform offers a new experience in gaming, it is still lacking in certain ways. For example, out of the five games offered by the Gala Network, only one is ready to be played, i.e., Town Star. The remaining 4 are still in development.

Similarly, the games offered by this platform bear a resemblance to some of the already existing P2E games. Like Echoes of Empire is analogous to a famous game, “Star Atlas.” Likewise, Town Star is similar to “My Neighbor Alice.” Similarly, it faces tough competition from other networks that are in the decentralized gaming space. Axie Infinity, The Sandbox, and Decentraland are just a few of the already well-established names in the niche of blockchain gaming. However, considering that the platform launched in 2020, it is still relatively new. Still, it boasts over 1.3 million active users, which is no mean feat and shows a potentially bright future for the platform.

You can purchase GALA through KuCoin exchange similar to how you would buy another cryptocurrency. You can either place a market buy or a limit buy. With a limit buy, you determine the price you are willing to pay, and your order gets filled once the token price reaches your limit price. If you want to get your hands on the token quickly, you can place a market order, where you agree to pay the current price and have your order filled almost immediately. If you are interested in purchasing GALA you can do so by visiting KuCoin or Gate.io.

DeFi Boom: What Are No-Loss Lotteries?